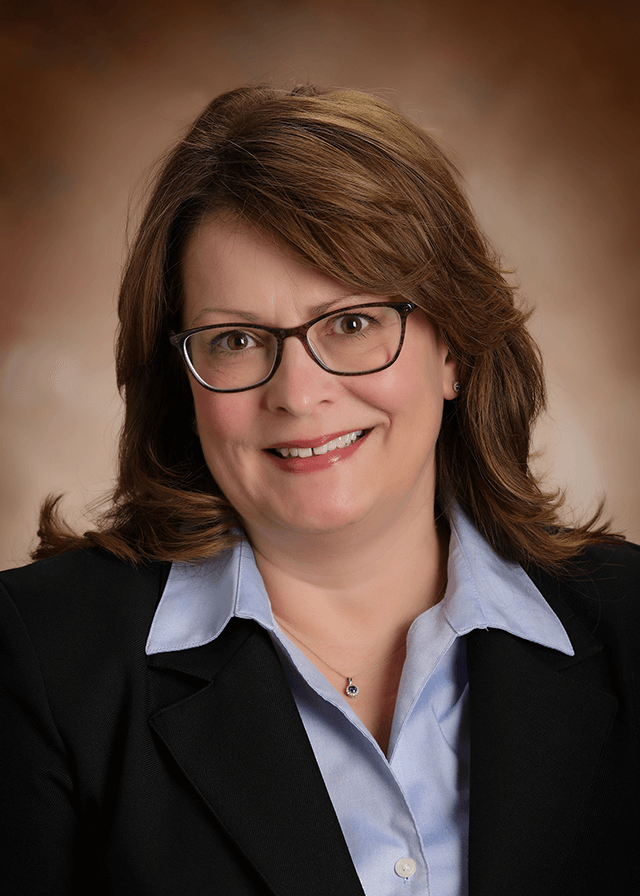 
Wendy McCarty leads the organization’s overall business strategy, sets and monitors the operational goals and objectives for MDP’s 140 practices, and develops the program framework and communication plans for major operational initiatives. She previously served as director of operations and strategic initiatives. Wendy has over 25 years of experience in operations management, with a proven track record of driving business results and successful leadership. Prior to joining MDP, Wendy had a successful 25-year career with The Kroger Company and served in many capacities, the last being the vice president of operations for the Louisville Division. Wendy is happily married to her husband, Dwight, and is the mother of Laici. Wendy and Dwight also have three furry dog children, Toby, Jackson and Bruno (Mars when he is in trouble). 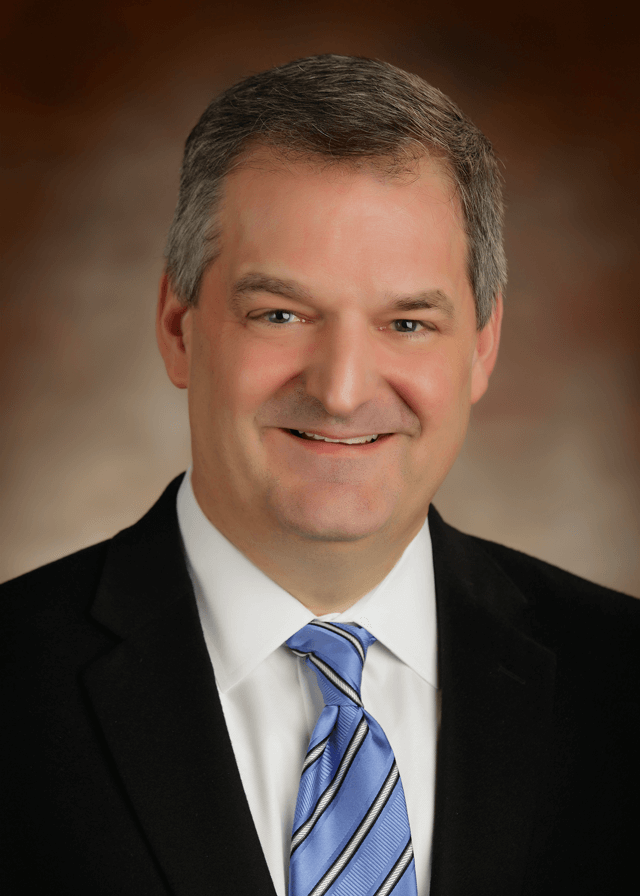 
Dale Sanford is the vice president of administration for Mortenson Dental Partners. Dale previously served as vice president of marketing and development, during which time he restructured the marketing department into an internal agency model. Prior to joining MDP, Dale spent 28 years at The Kroger Company, leading the organization through numerous merchandising and operations initiatives that increased sales, reduced costs, improved efficiencies and enhanced customer experiences. Dale attended the University of Louisville School of Business, where he earned his Bachelor of Science in business administration with a focus on marketing and his MBA. He expanded his leadership acumen through the University of Notre Dame and the Disney Institute. In his spare time, Dale enjoys spending time with his wife, Stacey, and their two children, Sarah and Jack, and serving his community. 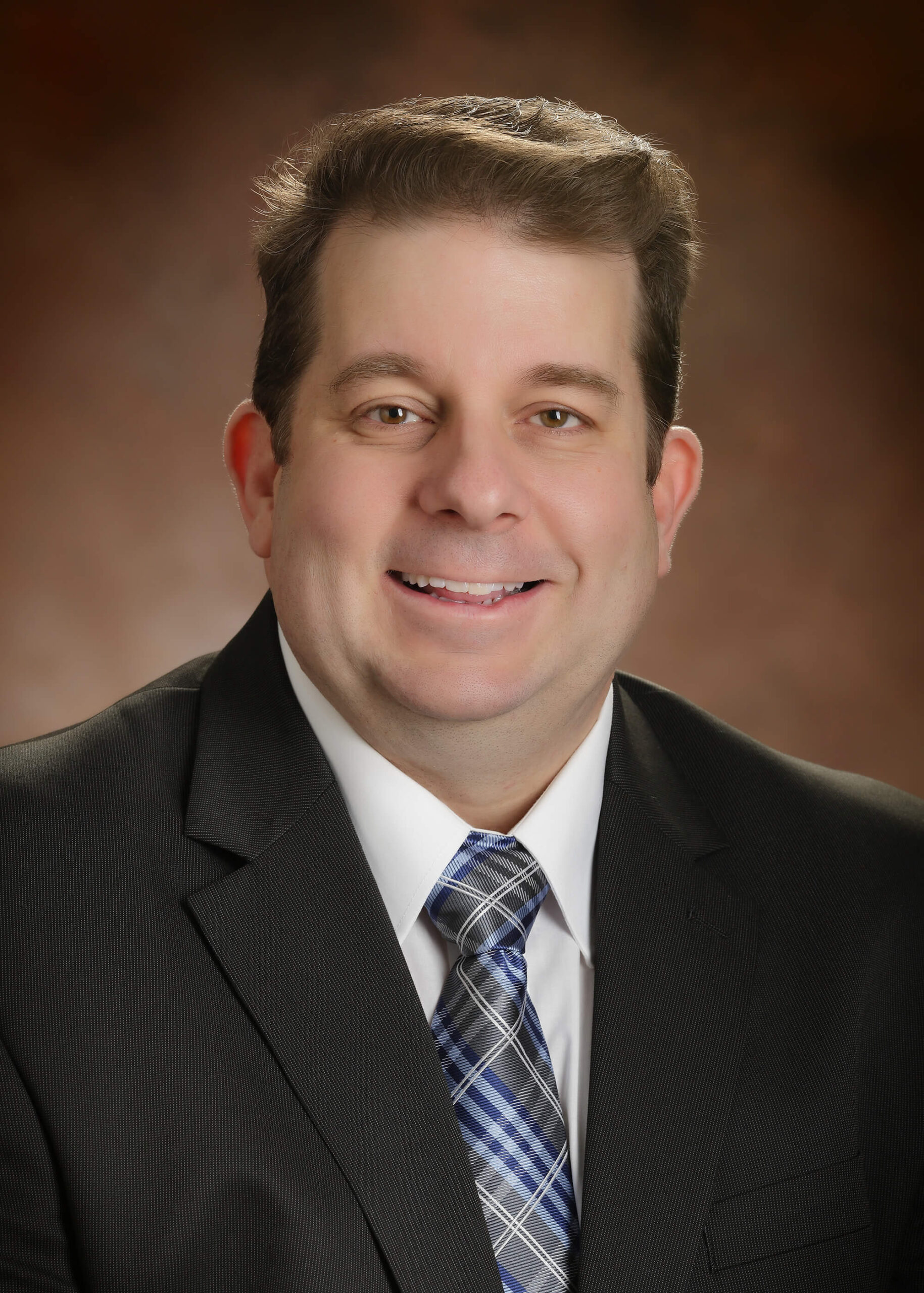 
Dion Perkins is the vice president of information technology at Mortenson Dental Partners. He was previously director of technology and principal engineering manager of The Kroger Company, where he served for twenty-three years. During his time at Kroger, Dion developed several key enterprise initiatives, including coordinating order schedules and deliveries to all stores, learning content management training systems, legal matter management systems, security access provisioning systems, and video management systems. Dion was also responsible for developing and deploying one of the world’s largest secure IoT networks that won industry awards. Dion holds a bachelor’s degree in applied mathematics from Northern Kentucky University and a Master of Engineering Management from Ohio University. Dion enhanced his skillset by becoming both a certified Six Sigma Black Belt and Lean Six Sigma Professional. 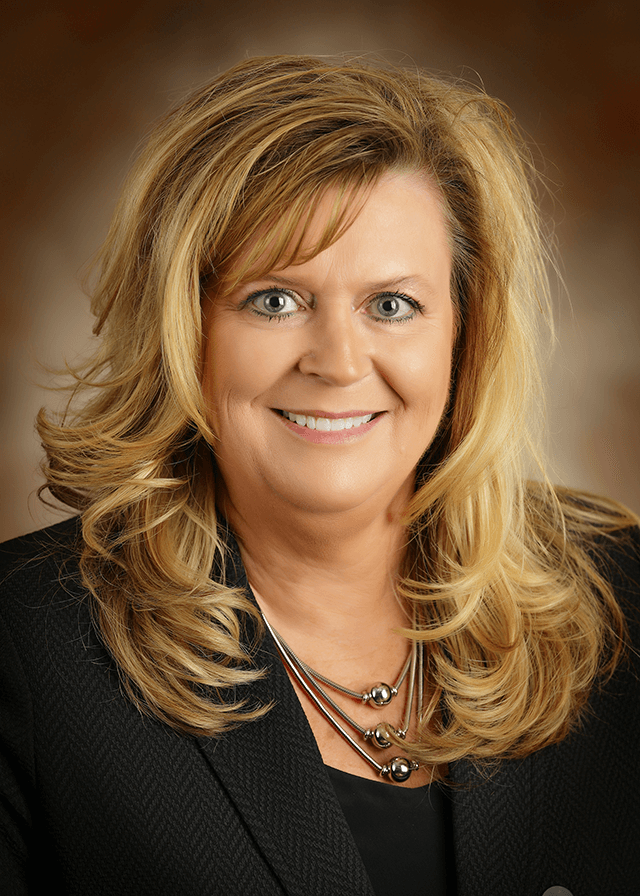 
Kara Ficker is an experienced executive with a demonstrated history of working in various industries in both large and mid-size companies. A multi-skilled finance leader, Kara has extensive experience in budgeting, financial analysis and all phases of the monthly accounting function, leadership, and team development. She holds a proven record of providing senior management with the financial analysis necessary to decide between various strategic alternatives. Kara received her bachelor’s degree from the University of Louisville before earning her MBA from Webster University. She was recognized as a Best in Finance honoree by Louisville Business First in 2019. 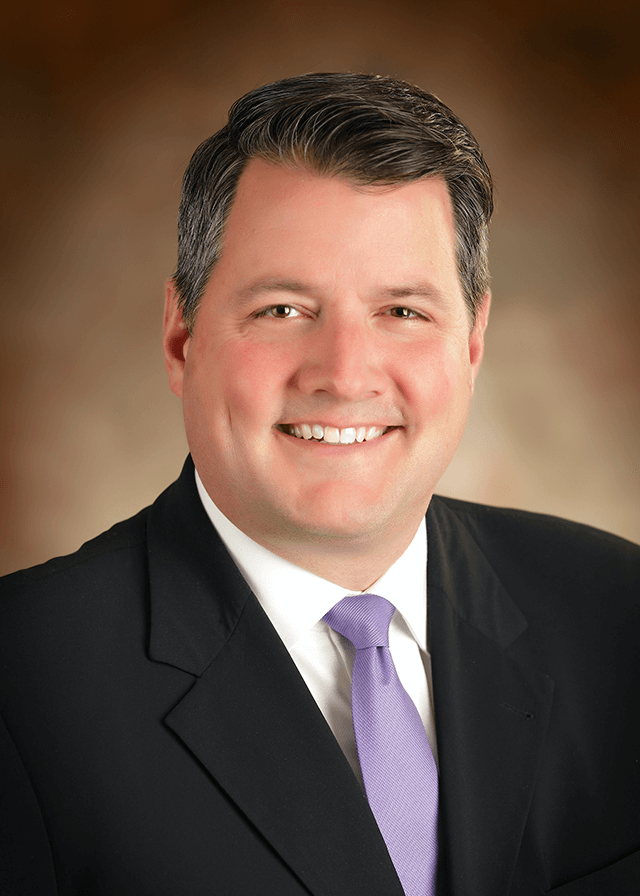 
Jeffrey Reibel has been chief financial officer for Mortenson Dental Partners since August 2019. Jeff was previously senior vice president and chief accounting officer for LHC Group, Inc., which he joined as a part of the public company merger of equals with Almost Family, Inc. He spent eight years with Almost Family as vice president and chief accounting officer, during which he helped the company grow from $300 million in annual revenue to $2 billion after the merger with LHC. In 2007, he founded Conexxus, LLC, a compliance software company, and served as its chief executive officer and chief financial officer until its sale in 2010. He also spent 12 years at Ernst and Young, one of the most prominent accounting and auditing firms. Jeff graduated from Bellarmine University with a bachelor’s degree in accounting and is a Certified Public Accountant. 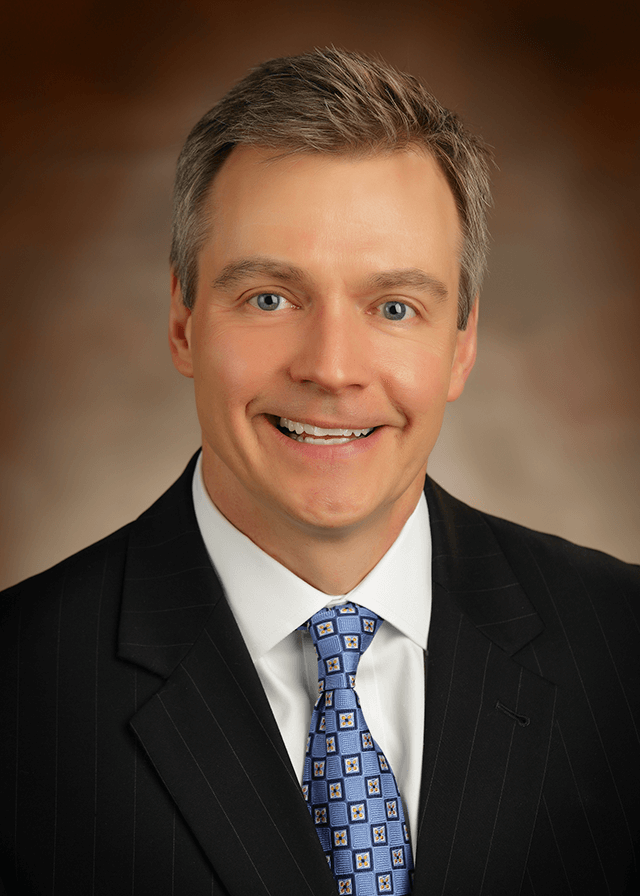 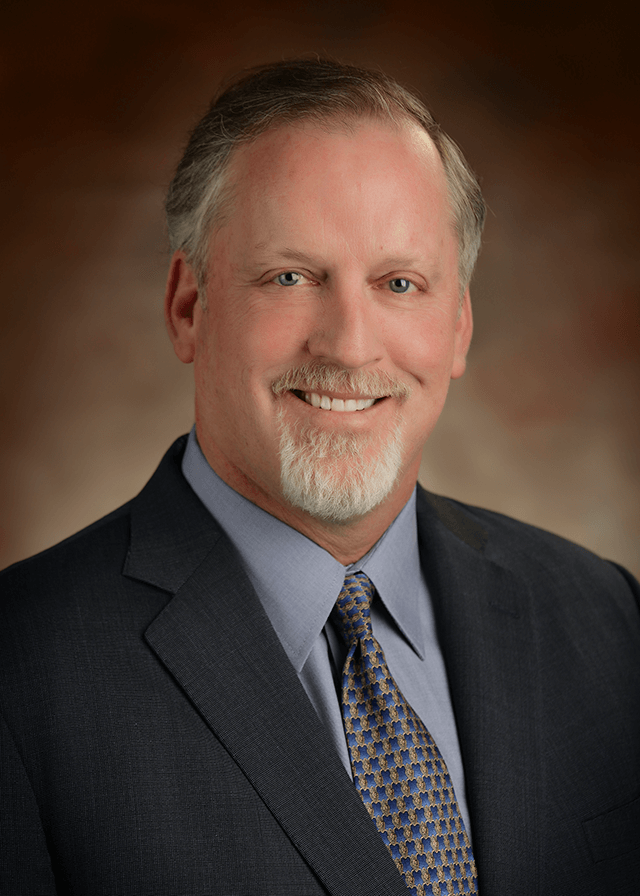 
Dr. Britt Bostick formed Abbeville Dentistry after graduating from Baylor College of Dentistry in 1988. He graduated from Texas Tech University in 1984 with a Bachelor of Science in zoology and chemistry. Dr. Bostick has studied numerous postgraduate topics, such as cosmetic dentistry, advanced restorative procedures and numerous other techniques to make dental appointments faster and more comfortable for his patients. Dr. Bostick is a member of the South Plains District Dental Society, Texas Dental Association, and American Dental Association. He is also a member of Experience Life Church. He and his wife, Patti, have four wonderful children, Brad, Maegan, Mandi, and Matt. 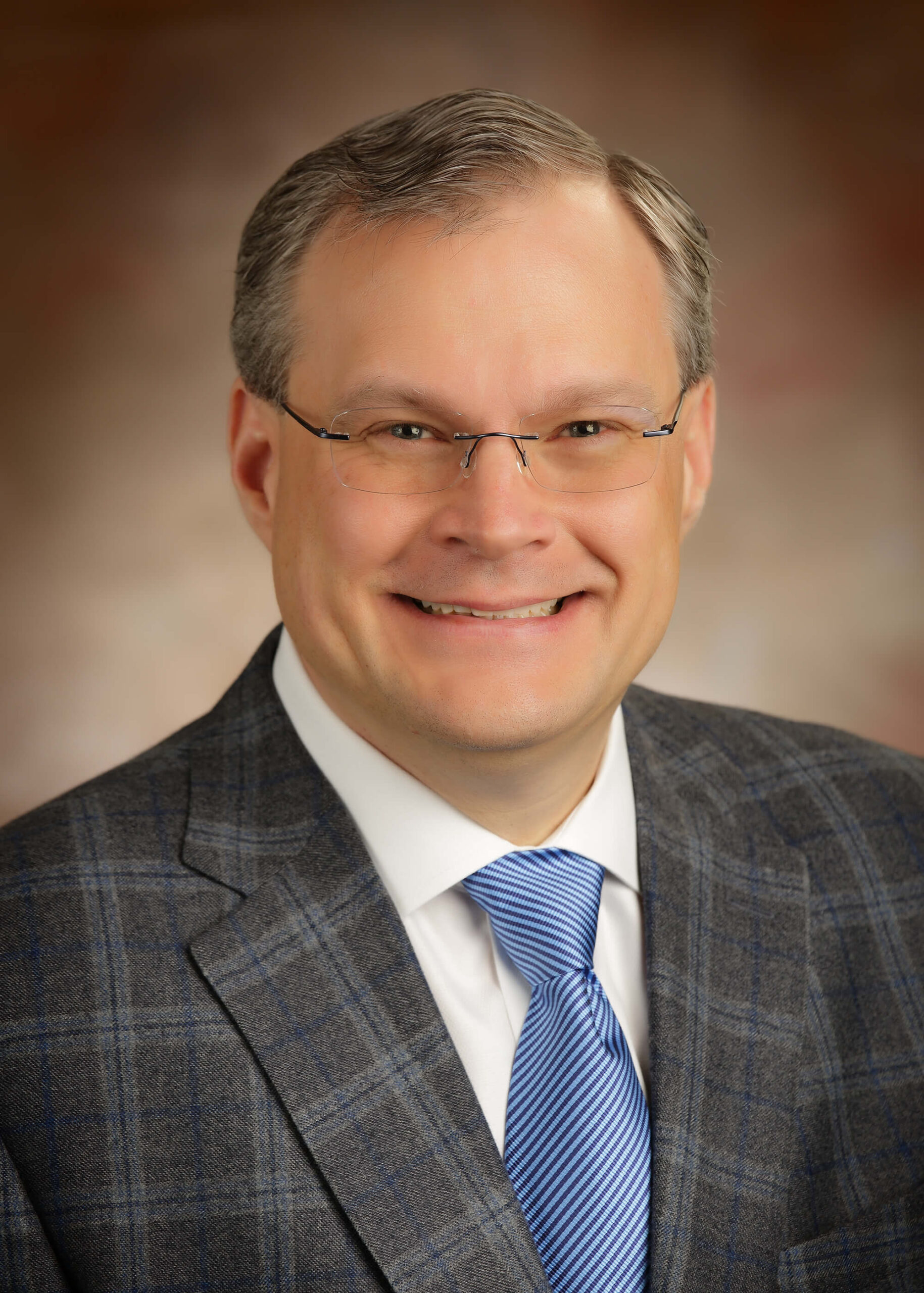 
William (Bill) Becknell joined Mortenson Dental Partners in 2014, initially serving as the chief strategic officer, president of dental teams. He became a member of the Mortenson Dental Partners Board of Directors in 2017 and chief executive officer in 2018. Bill was previously the director of store operations for North America at PPG Industries. During his tenure at PPG, the business grew from 357 locations to 867 locations across the U.S., Canada, Mexico and Puerto Rico. Prior to PPG, Bill was manager of store operations for Kroger’s Mid-South Division, a 156-store chain serving Kentucky, Indiana, Illinois and Tennessee. Bill holds a bachelor’s degree in business administration and completed the Executive MBA program at University of Pittsburgh Katz School of Business. He enhanced his leadership and executive education through programs at the University of Notre Dame and Kellogg School of Business. When not working, Bill enjoys spending time with his wife, Debra, and their three children.