Honoring the Contributions of Black Americans in Dentistry

Black History Month is celebrated every February to recognize the contributions of African Americans throughout the history of the United States. African Americans have played a vital role in dentistry, marking important strides for both patient care and civil rights. Here are glimpses of several African American trailblazers who have enhanced the service of dentistry in this country.

Robert Tanner Freeman was the first African American to receive a dental degree in the United States. After being rejected by two other schools because of the color of his skin, he was selected as one of the first six people to enter Harvard University’s dental program. Following his graduation in 1869, he opened a dental practice in Washington, DC. The DC arm of the National Dental Association, called The Robert T. Freeman Dental Society, was named after him.

Ida Gray Nelson Rollins was the first African American woman to earn a dental degree in the United States. Rollins took an interest in dentistry while working part-time in the dental office of Jonathan Taft. Taft became the first dean of the University of Michigan School of Dentistry and was a supporter of women in dentistry. Rollins passed the entrance exam to dental school, guided by the experience she gained at Taft’s practice. After graduating, she opened her own practice.

George Franklin Grant was the second African American to receive a dental degree in the United States. After graduating from Harvard University, he became the first African American to serve on the faculty of the school. According to Blackpast.org, Grant treated patients with congenital cleft palates and patented a prosthetic device that helped to improve their ability to speak. He was a founding member of the Harvard Odontological Society and was elected President of the Harvard Dental Association in 1881.

Charles Edwin Bentley is widely referred to as the father of the oral hygiene movement. Graduating from the Chicago College of Dental Surgery in 1887, he advocated for educating the public on the importance of oral hygiene, frequently writing and lecturing on the topic. Bentley proposed offering dental examinations in public schools and free clinics to give more people, particularly those who could not afford dental treatment, access to care. In 1906, the Illinois State Dental Society agreed to investigate the dental needs of children in public schools. A year later, they voted to create a booklet with basic facts about oral health. The 32-page booklet was called “The Care of the Mouth” and was published in 1910.

Olive Myrtle Henderson was the first African American woman to graduate from Northwestern University in Chicago. Henderson was a patient of Ida Gray Nelson Rollins, who inspired her to become a dentist herself. She was the second female African American dentist in Chicago, coming after Rollins, and operated a practice on the South Side. She was also an active member of the National Association of Colored Women.

John S. Rock was an award-winning creator of artificial teeth and one of the first African Americans to graduate from medical school. After initially being denied admission to medical school because of his race, Rock apprenticed under a local dentist and eventually opened his own practice. In 1852, he finally realized his dream of graduating from medical school after being accepted by the American Medical College in Philadelphia. Years later, Rock decided to transition to the study of law and even earned a place in the Supreme Court.

Roscoe F. Lee was the first African American certified as a diplomate of the American Board of Oral Surgery. He received his DDS degree from Howard University College of Dentistry. After spending a few years in general practice, he joined Freedmen’s Hospital — now known as Howard University Hospital — to specialize in oral surgery. He was soon appointed chief of staff and senior visiting oral surgeon in the department, and eventually acquired the experience necessary to take the American Board of Oral Surgery examination. In addition to his dental pursuits, Lee was a member of the Robert T. Freeman Dental Society and strongly advocated for racial integration in the professional arenas.

When she was appointed dean of Howard University College of Dentistry in 1975, Jeanne Sinkford became the first female dean of any dental school in the United States. After receiving her dental degree in 1958 from Howard University, she taught prosthodontics while maintaining a part-time practice. She became chair of the department in 1964, associate dean of Howard’s College of Dentistry in 1967 and dean in 1975. After retiring as dean in 1991, she became involved with the American Dental Education Association and was named a senior scholar-in-residence in 2015. She currently resides in Maryland.

Mortenson Dental Partners celebrates the achievements of these and other Black Americans throughout the history of the United States! 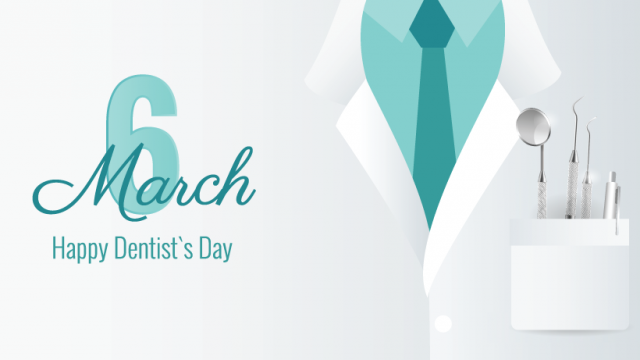 What does the COVID-19 vaccine mean for the dental industry?

Why Dentistry Is Essential Care